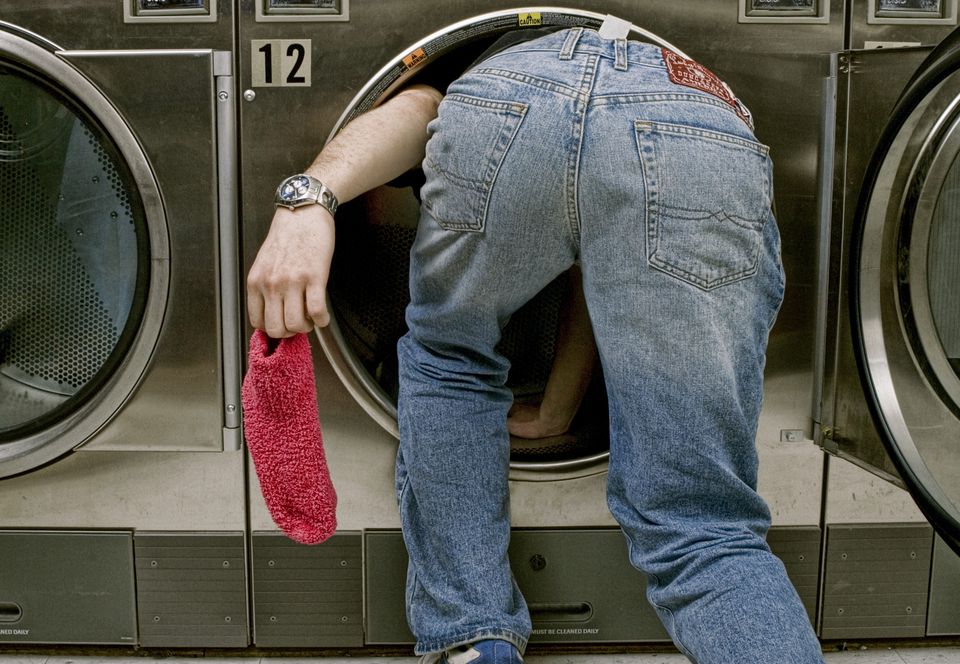 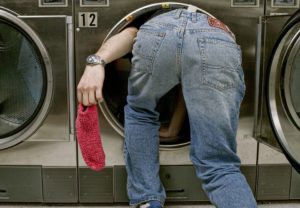 My son, Alex is a college sophomore who has always been independent and typically answers questions in less than 2 words. I have never been a helicopter mom and believe that kids should work out their own problems and failures are opportunities for kids to learn. Having said that, this is what happened last Thursday.

Alex is your typical boy, waiting until his last pair of underwear to muster his energy to do laundry. Turns out the house that he is living in off campus has pretty filthy machines that may or may not have had mold on them. Due to the desperation of the situation, I decided to help him out and sent his laundry to a campus laundry service. I thought this problem was solved, but then I got the text.

In a rare move, Alex texted and told me that even though the laundry service claimed to have dropped off the laundry, it was not received. The situation was pretty dire because ALL his clothes were in that load. He sounded panicky, and told him not to worry; the clothes had to be somewhere! I called the service, and the man that delivered the laundry told me he was 100% certain that he delivered the clothes to his house and he saw someone bring them into the house. Alex asked his roommates and the adjoining housemates, but no one saw or took in this laundry. A mystery for sure. He looked everywhere and it was nowhere to be found.

I was going to overnight some clothes, but I had a mother's instinct that I should go down there and help him through this. I don’t have very many opportunities to support him as he doesn't like to accept any help, so I seized this opening, grabbed clothes from his closet and drove 3 hrs to his school. He was going to the police station, was unable to study and I didn’t want him to do this alone.

When I pulled up to his house and got out of the car, he hugged me and seemed genuinely happy to see me (not the reaction I usually get). This hug alone was worth the drive. Not even 10 minutes after I arrived, his next door neighbor came outside and asked if anyone was missing clothes. We didn’t even think of the next house over, because the laundry man was 100% sure he knew the house and has been delivering laundry for there for years. Mystery solved, but my son was so angry at the laundry guy because he caused him so much stress, especially since he was less than apologetic, but at least reversed the charge. I don’t blame Alex for being upset, but I was glad I could calm him down. After his anger subsided, I preceded to sit on the chair in his room, while he happily put away all this clothes, (and changed them finally). We went food shopping and to the dollar store, and refueled his tank so to speak. We went to dinner and had great conversation. Then I drove home.

As a parent, it is a balancing act. When should we swoop in, and when should we let them work it out for themselves? Every situation is different, and should be treated as such. I'm so thankful in this situation, I made the decision to help.

When I told a friend about the found clothes, her initial reaction was “what a waste of a trip.” I didn’t think for a minute that this trip was a waste of time. It showed my son that it’s ok to ask for help and that his parents are there for him when he really needs us. Even though this looked like an unpleasant incident, it turned out to be a blessing and a bonding experience we are both likely to remember for a long time to come.

What we think to be negative experience, may actually turn out to be positive. There is no sense in getting so upset about challenges in life, because we never know how they will turn out. Maybe it makes sense to say, just like the farmer in a well known Zen parable, “We’ll See.”

There lived an old farmer who had worked in his fields for many, many years. One day, his horse bolted away. His neighbors dropped in to commiserate with him. “What awful luck,” they tut-tutted sympathetically, to which the farmer only replied, “We’ll see.”
Next morning, to everyone’s surprise, the horse returned, bringing with it three other wild horses. “How amazing is that!” they exclaimed in excitement. The old man replied, “We’ll see.”
A day later, the farmer’s son tried to mount one of the wild horses. He was thrown on the ground and broke his leg. Once more, the neighbors came by to express their sympathies for this stroke of bad luck. “We’ll see,” said the farmer politely.
The next day, the village had some visitors – military officers who had come with the purpose of drafting young men into the army. They passed over the farmer’s son, thanks to his broken leg. The neighbors patted the farmer on his back – how lucky he was to not have his son join the army! “We’ll see,” was all that the farmer said!

6 Replies to “A college mishap that turned into a blessing: The case of the missing laundry”